We've only been in the Bâlea Caldera a couple of times. We tend to avoid this place because it's extremely crowded, filled with cars and people taking pictures of themselves in front of something. It used to be a wonderful place and still is when it's quiet, but all the people and the noise completely ruin it.

Once we descended from the ridge because we wanted to see the limestone outcrops along the path descending in front of Mount Bâlea. When we got down to the caldera we were caught in a huge rain and proceeded to ride it out under the umbrellas of this grill and beer place. Several hours and 3 beers later we continued to Capra lake.


The presence of limestone has a huge influence on the flora: there's a great abundance of beautiful alpine flowers.


Our second trip to Bâlea was on a foggy, rainy day. 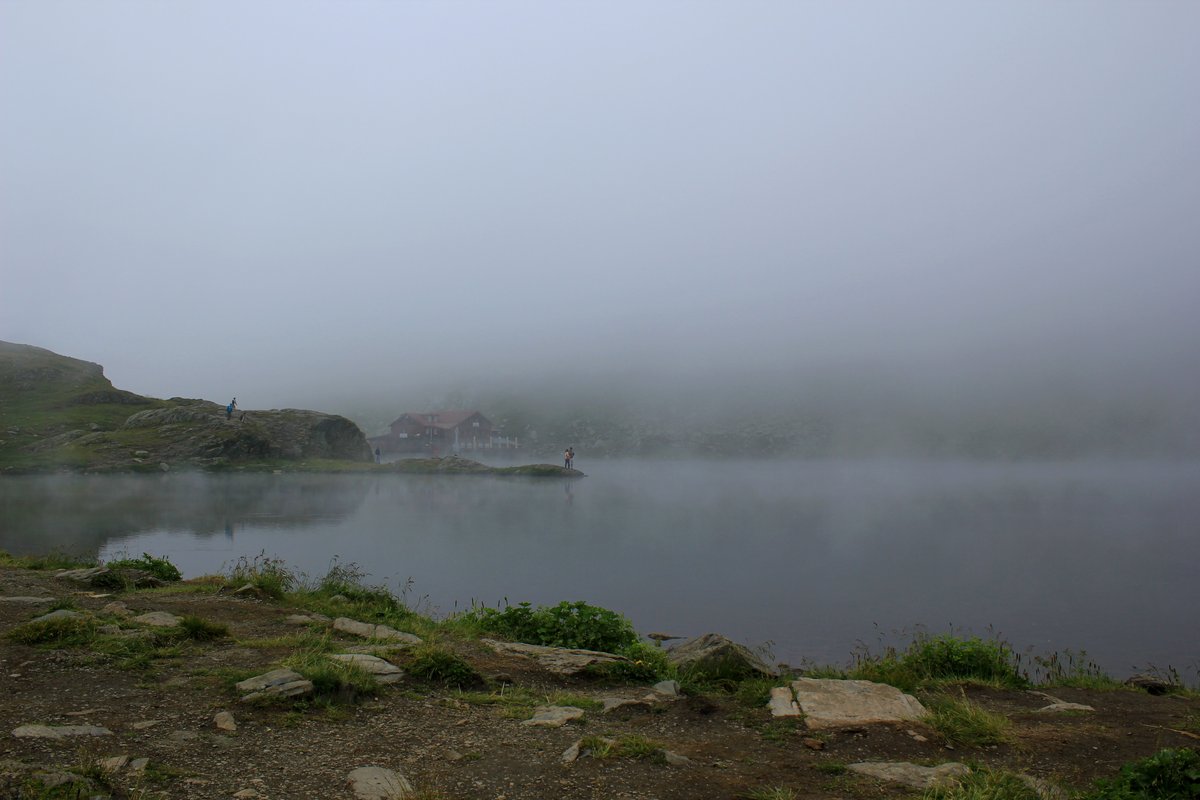 We couldn't help noticing that, even with all the mutilation caused by the road, all the hotels and small vendors and terraces, the Caldera is still a wonderful place. You only need a quiet day (very rare) to enjoy it. Getting past the thousands of cars and people and looking down you can see many natural wonders. I can only dream at how this place used to be before we came.

By now, climbing with our heads in the ground, because the trail itself is quite worn out and uneventful, we reached the Capra saddle, and continued towards Vânătoarea lui Buteanu. We could first see Capra lake from the saddle.


The trail continues along the upper side of Capra caldera. Just pefore the peak there's a very narrow rocky pass that looks difficult but is very easy. 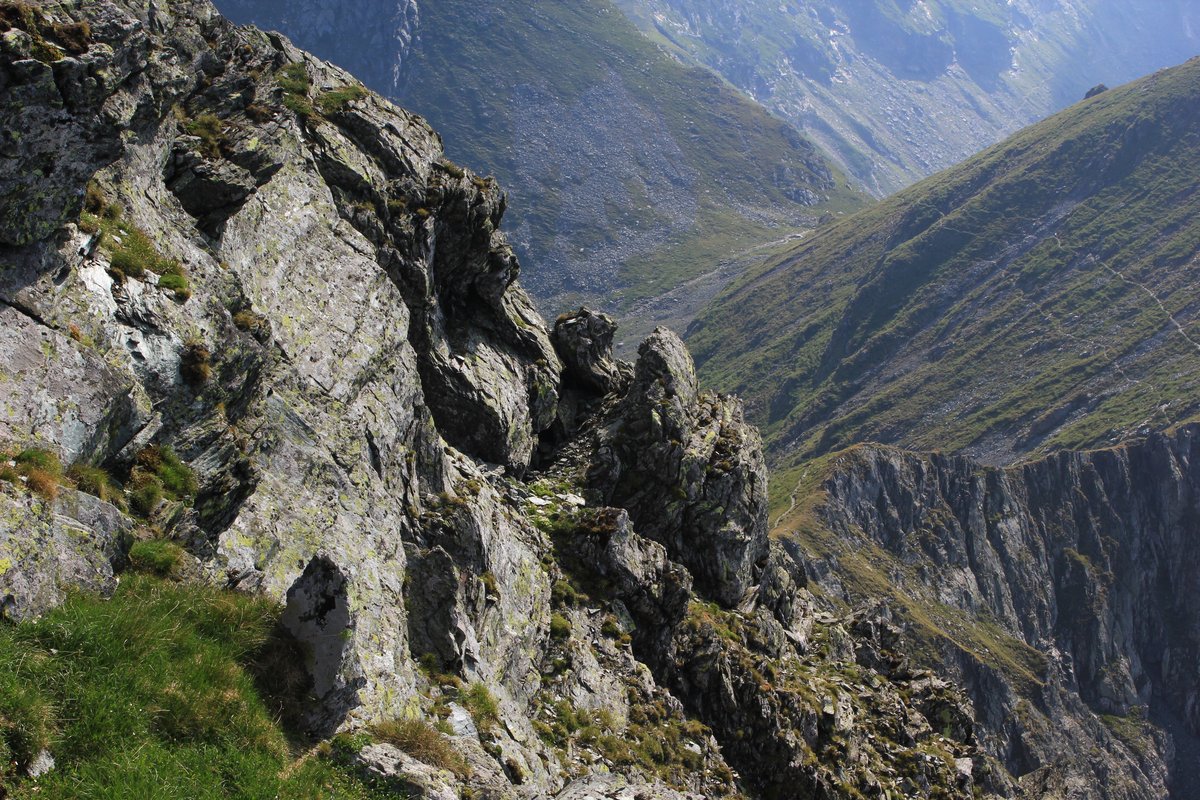 We were followed by a friendly dog (probably from a shepherd) on our descent back to Bâlea. 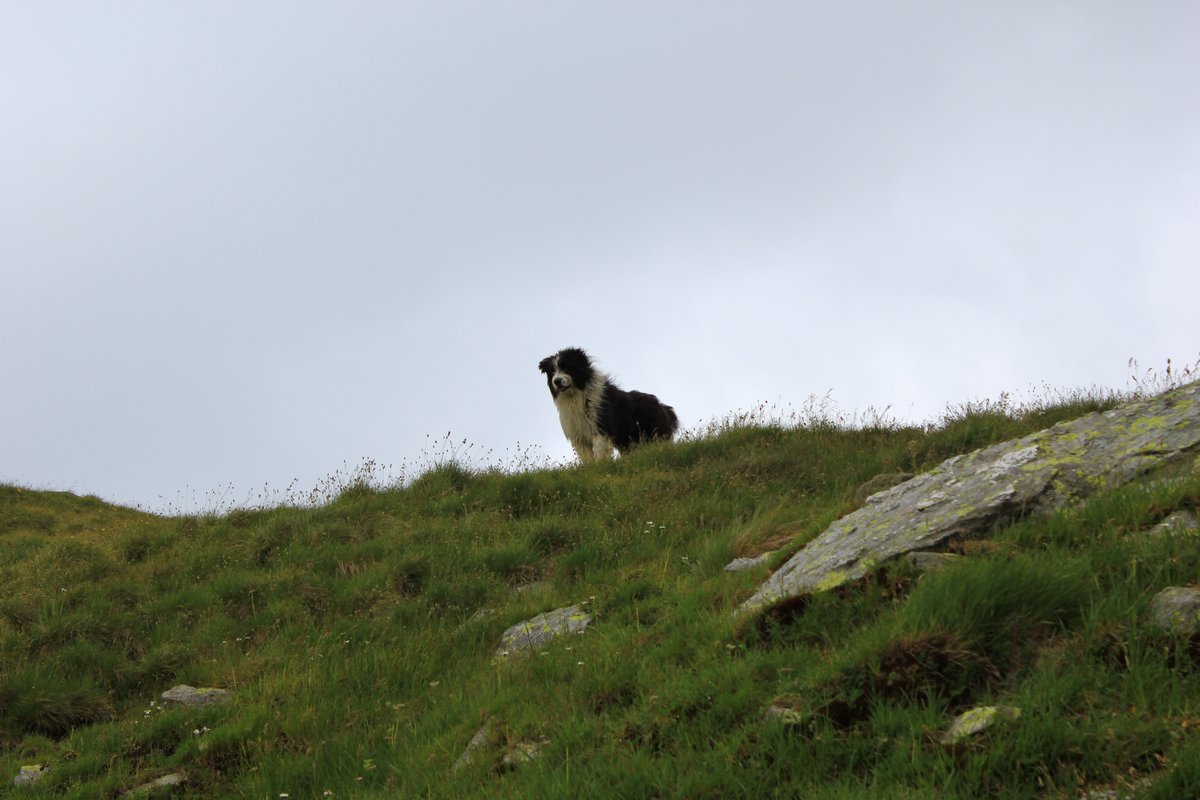